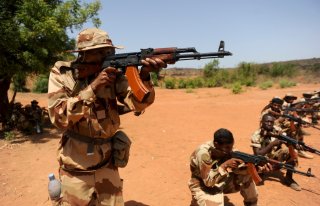 Here's What You Need To Remember: One exception to the receiver-as-firearm rule is that a receiver that is 80 percent complete or less is not subject to regulation; in other words, it is not legally a firearm.

Kyle Mizokami is a defense and national-security writer based in San Francisco who has appeared in the Diplomat, Foreign Policy, War is Boring and the Daily Beast. In 2009 he cofounded the defense and security blog Japan Security Watch. You can follow him on Twitter: @KyleMizokami. This article first appeared two years ago.