AK-47s and More: These 5 Russian Guns Have Made History 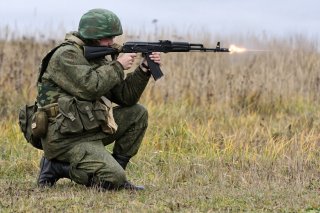 Here's What You Need To Remember: One of the most common criticisms of the PKM in the West is the non-disintegrating belts, which require a gunner to manage an empty ammunition belt on the left side of the gun. However, this is not considered a disadvantage in Russian service, as the belts can be reused.

Charlie Gao studied political and computer science at Grinnell College and is a frequent commentator on defense and national security issues. This piece was originally featured in November 2018 and is being republished due to reader's interest.