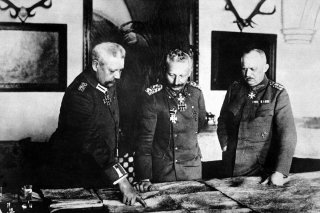 James Holmes holds the J. C. Wylie Chair of Maritime Strategy at the Naval War College and served on the faculty of the University of Georgia School of Public and International Affairs. A former U.S. Navy surface-warfare officer, he was the last gunnery officer in history to fire a battleship’s big guns in anger, during the first Gulf War in 1991. This article first appeared in 2019 and is reprinted here due to reader interest.