Alternative History: Could the U.S. Have Won Vietnam War By More Bombing? 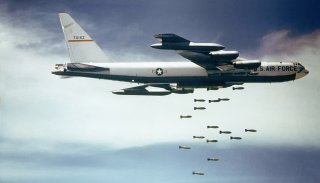 Here's What You Need to Remember:  Airpower could neither destroy North Vietnamese commitment to unification, nor sufficiently strengthen the Saigon regime’s ability to control its own territory.

This article first appeared in 2014 and is being republished due to reader interest.