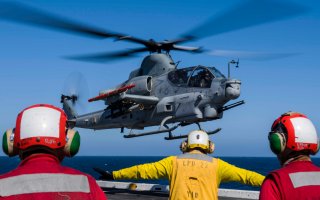 Here's What You Need to Know: One Marine recently said the AH-1’s air-to-air role could expand, thanks to the introduction of the F-35B stealth fighter.