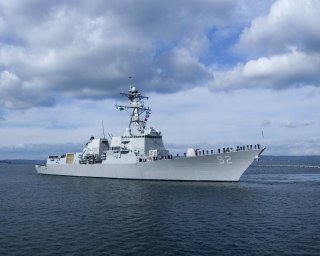 The DDG Flight III’s are also being built with the same Rolls Royce power turbine engineered for the DDG 1000, yet designed with some special fuel-efficiency enhancements.

Before becoming operational, the new cooling plant is being engineered to tolerate vibration, noise and shocks such as those generated by an underwater explosion, service officials said.

It goes without saying that more sensitive, discriminating radar is needed to counter emerging threats, as potential adversaries now possess longer range weapons, more precise targeting and navigational systems and a much wider sphere of weapons and platforms with which to attack surface ships.