America’s Silent Hunter: The Seawolf-class Submarine is the Best Ever Built 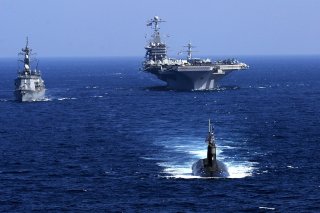 Here's What You Need to Remember: The resulting submarine is according to the U.S. Navy ten times quieter over the full range of operating speeds than the Improved Los Angeles submarines, and an astonishing seventy times quieter than the original Los Angeles–class submarines. It can run quiet at twice the speed of previous boats.