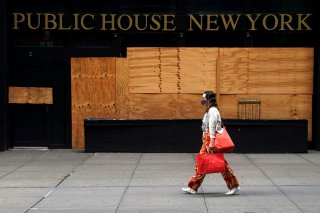 According to today’s jobs report from the US Department of Labor, the US unemployment rate in October fell to 6.9 percent, down from 7.9 percent in September. As the chart below shows, that progress continues to be significantly better than projections issued by the nonpartisan Congressional Budget Office (CBO) in May. Back then, CBO expected the unemployment rate in the fourth quarter of 2020 (that is, for the months of October, November, and December) to average 11.5 percent. Not only is the October 2020 unemployment rate already well below that level, but it is also significantly below the 8.6 percent average CBO projected for the fourth quarter of 2021.

It’s also worth recalling that today’s faster-than-expected improvement in unemployment is the opposite of the nation’s experience following the Great Recession. Back then, actual unemployment consistently exceeded the rosier projections of those supporting the Obama administration’s then-record 2009 stimulus plan, known as the “Recovery Act.” As NPR described this spring, “The 2009 Recovery Act cost around $800 billion, and the person put in charge of overseeing how a lot of that money was spent was the country’s new vice president, Joe Biden.”

This article first appeared at the America Enterprise Institute.