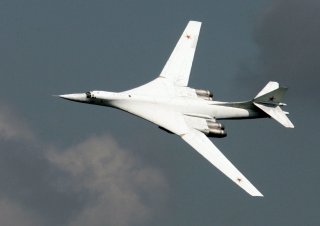 Here's What You Need To Remember: The Tu-160 is a high-profile aircraft. Its deployments are as much statements of national purpose as they are practical preparations for war. In 2005 Russian president Vladimir Putin posed for photos in the cockpit of a Tu-160.