America Can Stop Chinese Dominance in the South China Sea 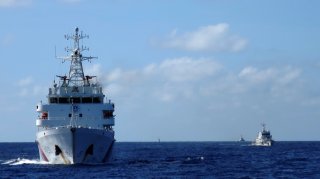 Here's What You Need to Remember:  The CCP is not seeking an empire in the South China Sea, strictly speaking. An empire exercises dominion over foreign territories from an imperial center. Beijing wants far more than a maritime empire. It covets ownership. It wants to make the South China Sea what Romans once called the Mediterranean Sea—namely mare liberum, or “our sea.”

James Holmes is J. C. Wylie Chair of Maritime Strategy at the Naval War College. The views voiced here are his alone. This appeared earlier and is being reposted due to reader interest.