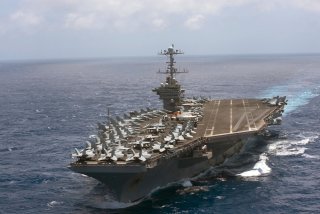 Here's What You Need to Remember: The succession of devastating accidents in the 1960s cost hundreds of lives. However, they did have one positive aftereffect: they confronted the navy with major deficiencies with its safety culture, and forced it to implement serious reforms to training and upgrades to its equipment, including the installation of flight deck “wash down” systems and employing more stable munitions.

This piece first appeared in September 2017. It is being republished due to reader interest.