America Has Its Own "Carrier Killers" Aimed at China's Aircraft Carriers 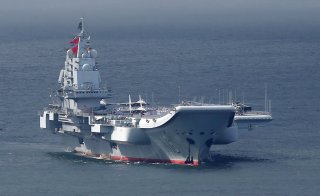