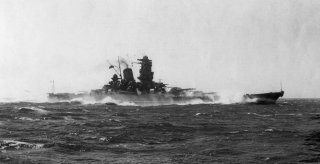 Here's What You Need To Remember: Japan barely had the industrial capacity to build the initial Yamatos, along with all of the support ships that the battlefleet would require. This is the dirty little secret of the entire Washington Naval Treaty system; the United Kingdom could outpace Japanese construction by a wide margin, and the United States could outpace both combined, if it decided to do so. The treaty system prevented an arms race that Japan could not possibly have won, whether in 1921 or in 1937.