America Might Be Headed Toward Another Debt Ceiling Crisis 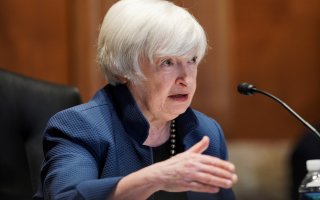 On June 23, Treasury Secretary and former Federal Reserve Chair Janet Yellen urged Congress to extend what is commonly referred to as the debt ceiling. She warned that, if the deadline remained in place and was not met, the U.S. would default on its debt, and described the result of such a default as “absolutely catastrophic.”