America Is Moving to Weaponize Space, but Space Is Already a Warzone 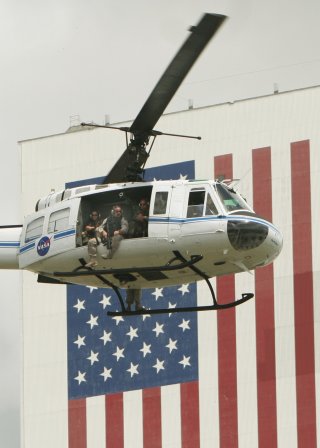 Here's What You Need to Remember: “If you look at what China is doing and what Russia is doing. They will not take us on in the air, because they know we will ‘kick their butt,’ so the only way they think they can challenge us is to take out our space assets. They are developing capabilities to rival us in space."

The U.S. Air Force and emerging Space Force are venturing into previously uncharted territory. The two branches are exploring the conceptual and technological parameters of more fully “weaponizing” space with offensive attack technologies.

Space travel has of course long been crucial to Intercontinental Ballistic Missile (ICBM) flight and Missile Defense efforts to track and destroy incoming ICBMs in the “mid-course” phase of flight. Now, the prospect of sending new technologies into space to operate offensively as “attack weapons” is now very much under exploration by the Pentagon.

Air Force Secretary Frank Kendall confirmed that the possibilities were indeed being explored as what he referred to as “global strikes from space.”  Kendall did not go into much detail, which is not surprising given the obvious security sensitivities surrounding the issues. But he did articulate a few significant parameters regarding how space weapons might operate in the future.

“There is potential to put weapons in space and potential for a weapon to be launched into space as a system that goes into orbit, then de-orbits to hit a target,” Kendall said.

This latter possibility, Kendall further explained, might prove to be a more survivable method of attack as newly engineered space-traveling weapons might be able to operate with an ability to adjust trajectory to avoid a more traditional ICBM flight path. This could enable an offensive weapon to potentially avoid missile warning systems and function with a greater likelihood of traveling through to hit a target.

While Kendall himself did not elaborate much beyond those few remarks, the possibility of further weaponizing space certainly inspires the imagination in several key respects. Technologies such as Ground-Based Interceptors, ground-launched anti-satellite weapons, kill vehicles for missile defense, decoys and countermeasures, and of course, ICBMs have been well known as space weapons systems for many years. What could be new?  Could armed drones travel beyond the earth’s atmosphere to track and destroy enemy ICBMs, hypersonic missiles, or even spacecraft and satellites? What about laser weapons, as they are widely known to be well suited for space operations given that beam attenuation is much less of a factor beyond the earth’s atmosphere? What about arming satellites themselves with interceptors able to launch from space? Or perhaps integrating long-range missiles and launch systems into satellites to destroy enemy satellites, spacecraft or even ground-based targets should the range and precision accuracy be sufficient. This kind of possibility seems entirely realistic given how close existing space-based sensors can “zoom in” on the earth’s surface. The Missile Defense Agency, for example, is already working on “power scaling” to assess the feasibility of using space or even surface-ship-fired lasers for ICBM defense and attack operations beyond the earth’s atmosphere.

Interestingly, one of Kendall’s most significant and telling remarks was that he said when it comes to possibilities for space weapons,  there is “no question about the technical feasibility.”

Kendall’s remarks on space war were closely mirrored by U.S. Space Force Commander Gen. John Raymond, who made it clear that space is a warzone.

“If you look at what China is doing and what Russia is doing. They will not take us on in the air, because they know we will ‘kick their butt,’ so the only way they think they can challenge us is to take out our space assets. They are developing capabilities to rival us in space,” Raymond said at the Air Force Association symposium.