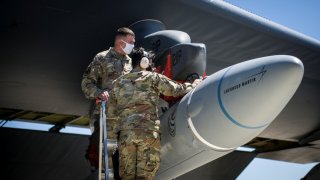 Here's You What You Need To Remember: Some individual projects like the CPS system are proceeding apace, but there is still no long-term procurement and doctrinal approach to hypersonics—what specific mission purpose do these weapons serve, and how do we acquire them in a cost-effective way?