America Is Paying For Trump's Lies About The Coronavirus 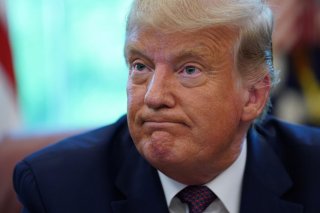 A popular narrative about the coronavirus pandemic, pushed by US President Donald Trump and his supporters, is that it’s all China’s fault because its leaders in Beijing lied.

China’s leaders knew early on that the virus was transmitted person to person through the air, these critics say, but didn’t disclose that information to the public. China’s president, Xi Jinping, was briefed about the seriousness of the threat at a secret, high-level meeting in January but he publicly stayed silent for days. And Xi continued to insist everything was under control, even as the virus was spreading fast.

Now it seems that the same narrative can be applied to Trump.

Thanks to the new book Rage by veteran journalist (and my former boss) Bob Woodward, we now know that Trump was told at a briefing on 28 January that the US faced the biggest pandemic since the 1918 Spanish flu—but he continued to publicly downplay the threat. He knew the virus was airborne and transmitted person to person, but he eschewed mask wearing and told people to go about their business. He continued to insist that everything was under control, even as the virus hit US shores and spread rapidly.

It now looks increasingly like the high US death toll and infection rate were due not to Xi’s mendacity, but Trump’s.

The US is approaching 6.6 million infections and 200,000 deaths. Despite Trump’s continued upbeat predictions of the virus petering out or a vaccine just around the corner, most public health experts expect infections and deaths to continue to climb, aided by colder weather and seasonal flus. The administration’s top infectious disease expert, Dr Anthony Fauci, has said Americans shouldn’t expect a return to previrus normalcy until sometime in 2021 at the earliest.

It did not have to be this way.

From the vantage point of Hong Kong, the US had plenty of warning signs and preparation time, if anyone had been paying attention.

By 23 January, even the Chinese Communist Party’s notoriously secretive leaders—loathe to admit any mistake and more concerned about saving face than lives—admitted there was a problem. They instituted a strict lockdown on the city of Wuhan, the virus epicentre, and surrounding Hubei province.

In early February, after the Chinese New Year holiday break, Hongkongers almost universally began wearing face masks. For a few weeks, masks and even toilet paper became precious commodities. I began calling and sending emails and WhatsApp messages to friends in Singapore, Paris, New York and Maine asking them to please find face masks and mail them to me in Hong Kong.

In those early days, the reaction to our panic here was often more amusement than concern. Instead of preparing for the pandemic, Americans were sending email joke chains and internet memes about all the funny things people in Asia were using for masks. One showed an Asian man wearing a large plastic water jug over his head. Another was a photo of a young woman repurposing a pair of pink panties. Oranges, trash bin liners, bra cups and diapers all became homemade masks, and a source of amusement in the US.

Instead of getting ready, Americans were laughing.

More ominously, Asians and Asian Americans in the US became the target of verbal and physical abuse, often simply for wearing a mask.

With informed leadership, Americans could have used February to stock up on personal protective gear, to ensure hospital ventilators were evenly distributed, to build isolation wards, to designate quarantine centers and to develop a nationwide tracing system to track down close contacts of anyone found infected. But what was happening here in Asia was not a warning sign—it was the butt of jokes.

The reasons are many, but can mainly be put down to hubris. Americans have a sometimes misplaced view of their own ‘exceptionalism’. There’s a sense that two great oceans protect the US from the world’s ravages. And there’s a pitiful dearth of international news and a lack of attention to or interest in anything happening beyond America’s shores. If anyone had been paying any attention to news coming out of China and Hong Kong in January and February, the lethality of Covid-19, the fact that it was airborne and the efficacy of mask wearing would not have been surprising.

While most of the blame goes to Trump as president, Democrats are not immune from criticism. In the early Democratic presidential debates this year, the looming pandemic warranted hardly a mention. In late April, New York governor Andrew Cuomo, whose daily media briefings became appointed television viewing, dramatically announced this ‘shocker’ of a revelation: the virus could live for up to three days on stainless steel surfaces, and could linger in the air for hours.

That ‘news’ had been well known in Hong Kong since early February, which is why we began carrying small bottles of hand sanitiser, avoiding high-touch surfaces, regularly disinfecting offices and public toilets, and, above all, wearing masks when outside the home.

China is not blameless in this pandemic. The initial suppression of information from doctors in Wuhan and the failure to lock down the city earlier, before the peak Chinese New Year travel period, may well have contributed to the global spread. The early actions of Chinese officials should be thoroughly investigated, and China should be held to account for any deliberate missteps or intentional cover-up.

But while China dithered in December and the first half of January, the US dithered in late January and all of February, when the facts were clearly known. The confirmation of that comes directly from Trump’s interviews with Woodward.

‘You just breathe the air and that’s how it’s passed’, Trump said to Woodward on 7 February. ‘It’s also more deadly than even your strenuous flus’, Trump added. ‘This is deadly stuff.’

But Xi demonstrated how a strongman really acts in a crisis, assuming responsibility and instituting one of the world’s harshest lockdowns in Wuhan and other affected areas. If Trump had really wanted to emulate Xi, he might have declared a national emergency and ordered a lockdown of hard-hit cities and states. He could have invoked the Defense Production Act to ramp up manufacturing of ventilators, testing kits and personal protective equipment. He could have converted every government laboratory and every private one receiving federal funds into a coronavirus testing lab. He might have formed a massive civilian tracing corps, to track anyone infected and their close contacts.

A tough Wuhan-style lockdown would have elicited howls of objections and multiple court challenges and would likely have been overturned. But Trump could have portrayed himself as the tough guy willing to take the tough measures. And a strict lockdown after the first American coronavirus death at the end of February would probably have lasted two months and flattened the infection curve, allowing a reopening in May or June, as happened in China.

Now Wuhan is open, life has returned and schools have reopened. The city that was once synonymous with the virus and death just hosted a massive pool party with all the guests unmasked. The US, meanwhile, is recording 30,000 new cases and hundreds of deaths a day, with no end in sight.

As Trump campaigns for re-election, he continues to blame Xi and China for the toll the virus has inflicted on America. Instead, he should look in the mirror.

Keith B. Richburg, director of the Journalism and Media Studies Centre at the University of Hong Kong, spent more than 20 years overseas for the Washington Post, serving as bureau chief in Beijing, Hong Kong, Jakarta, Manila, Nairobi and Paris, as well as New York City. He also was the Post’s foreign editor from 2005 to 2007.