America vs. China: Could an Accident Spark a South China Sea Showdown? 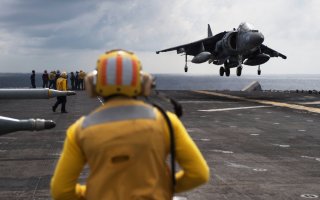