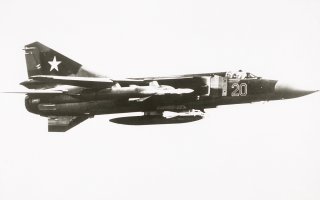 Key Point: Soviet weapons were desired for more than their intelligence value.