This American Fighter Had One Goal: Kill Hitler's Jets 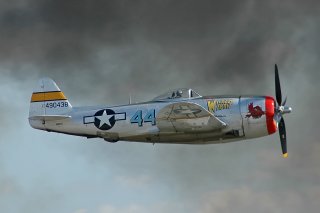 Key Point: Though the Luftwaffe was increasingly crippled by a lack of fuel and trained pilots, the German Me-262 still posed a deadly threat to U.S. bombers.