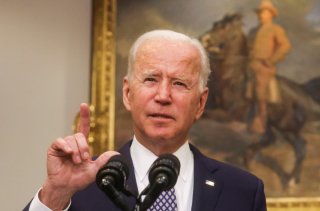 Here's What You Need to Remember: The borrowing took place in 2020 before it was clear that more stimulus would pass from the federal government, although just such a bill was passed in March of 2021 after President Joe Biden took office. The American Rescue Plan Act, in addition to its checks to individuals, provided a massive amount of aid to state and local governments.

Back in December, the city of Chicago took out $500 million in short-term debt. More recently, the city announced that it will be using money from the American Rescue Plan Act to pay down that debt, according to a Marketwatch report.

The report explained how the maneuver worked.

“Last November, facing a near–$800 million fiscal 2020 budget gap, due mostly to the pandemic, city managers decided to take on $450 million in short-term debt, plus interest. City managers reached out to several banks and found JPMorgan Chase & Co. offered the best rate. The deal was finalized in December. The one-year credit line offered a set of advantages. Most notably, it bought the city time to see whether more fiscal stimulus money would become available.”

The borrowing took place in 2020 before it was clear that more stimulus would pass from the federal government, although just such a bill was passed in March of 2021 after President Joe Biden took office. The American Rescue Plan Act, in addition to its checks to individuals, provided a massive amount of aid to state and local governments.

Some have questioned whether the move on Chicago’s part was proper.

“State and local governments aren’t supposed to borrow to keep their budgets balanced,” according to the Marketwatch report. “While many use lines of credit or short-term debt (often called Revenue Anticipation Notes), those are primarily for expected, ongoing revenues that just happen to be lumpy throughout the fiscal year, leaving certain periods of time with no money coming in to support ongoing spending.”

Amanda Kass, who was a source for the Marketwatch story, talked about Chicago’s move on her blog. She said that while the move itself isn’t particularly problematic, the lack of transparency is.

“One reason the Mayor’s ARPA spending plans are confusing for a general audience is that the discourse used to explain the plans is largely directed at the municipal bond market, including credit rating agencies, bank underwriters, and investors,” Kass wrote in the blog post. “At the May 2021, investor conference, city officials made it clear that the Mayor is proposing to use 40% of Chicago’s ARPA funds to pay-off short-term borrowing and cancel long-term debt refunding and restructuring (or “scoop-and-toss”) that the City Council had previously approved (see a screenshot of the slide below).”

In the meantime, more rounds of stimulus appear unlikely to arrive, at least not from the federal government. None of the negotiations in Washington have anything to do with additional checks, and it does not appear that political will is there in either party to pass more checks for everyone, or massive aid to cities and states.