Americans Gave a Near-Record $450 Billion to Charity in 2019 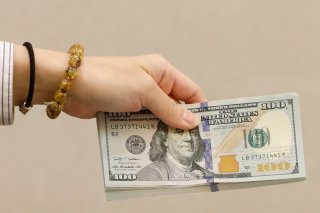 As one of the lead researchers of the Giving USA report, I study how U.S. philanthropy changes each year in response to the economy and other factors.

Americans gave US$450 billion to charity in 2019, about $1 billion less than a record high in 2017, after adjusting for inflation. Thanks in large part to strong economic conditions in 2019, our team found total giving rose 2.4%.

Giving dipped slightly in 2018, but taken together, the past three years have been the three highest years on record. Individuals were the biggest source of charitable dollars, donating $310 billion.

It’s too soon to tell what will happen with charitable giving due to the COVID-19 pandemic, the recession underway and widespread social movements for racial justice, but in the past, Americans have given less during downturns.

The latest issue of this report, which Giving USA Foundation releases every year in partnership with the Indiana University Lilly Family School of Philanthropy, suggests that there are three long-term trends to watch that may play an important role in 2020.

Foundations gave more than $75 billion in 2019 – nearly double what they gave in 2004 and an increase of $500 million from 2018. Over the past five years, giving by foundations has grown faster than giving by individuals, corporations and total giving.

Private foundations are required by law to give 5% of the average value of their assets, often held in an endowment. When the financial markets fare well, the assets foundations hold grow – and that 5% of their total value gets larger too.

The opposite happens during downturns.

During the Great Recession, which officially lasted from December 2007 until June 2009, the endowments at some foundations declined by as much as 20%. Some foundations chose to grant more than 5% of their assets to help Americans recover, or to use an average of asset value for a period of up to five years to decide how much to grant. Even with the prolonged recession and shrinking endowments, foundation giving declined only 1% between 2007 and 2009.

In the coming year, it will be important to see if foundations follow the same patterns. Foundation giving accounted for 17% of all U.S. charitable giving in 2019, up from 12% in 2006.

So far, at least five big foundations have pledged to give over $1.7 billion in grants over the next three years to support responses to the pandemic.

In addition to this move by the Ford, John D. and Catherine T. MacArthur, Andrew W. Mellon, W.K. Kellogg and Doris Duke Charitable foundations, more than 700 foundations and other philanthropic organizations have committed to supporting emergency response funds. They are also making sure that the nonprofits that receive their grants can adjust prior plans to address new urgent needs.

Charitable giving from bequests – gifts of cash, stock, securities or other assets that are then transferred to a nonprofit after someone dies – dipped slightly to $43 billion in 2019. Bequest giving still grew by over 5% over the last two years, and grew faster than giving by corporations, individuals and total giving over the last five years. The share of bequest giving is also growing, but more gradually than foundations. This charitable revenue edged up from 7% of the total in 2006 to 10% in 2019.

It appears that the growth in bequest giving is most likely because of demographic changes. Individuals over 55 and those with substantial wealth are the most likely to leave money to charity. And both the number of older Americans and the median household net worth of older Americans had been rising before the 2020 recession got underway.

Giving by bequest is a common form of planned giving, which also includes giving away life insurance payouts, retirement fund distributions and other mechanisms.

The 2017 tax reform significantly increased the minimum size of an estate that is subject to taxes on inherited wealth, reducing the number of people with a tax incentive to make charitable gift in their wills. Even so, another measure that became law in 2019 may encourage more Americans to make charitable distributions from their individual retirement accounts.

Giving to universities and schools, as well as arts and culture organizations like theaters and museums, tends to grow in years where the market has done well and the economy is strong. This pattern played out in 2019, with giving to education and arts, culture, and humanities organizations growing by about 10%. Churches and other places of worship continued to receive by far the largest share of charitable dollars.

Giving to environment and animal organizations, which remains a relatively small charitable category, has grown for six consecutive years. The amount Americans gave to these causes jumped by more than $1 billion to a record $14 billion in 2019.

Some big related gifts to colleges and universities may not included in this total. One good example from 2019 was Stewart and Lynda Resnick’s pledge of $750 million to the California Institute of Technology for climate change research.