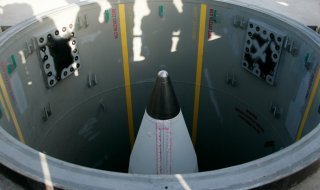 Here's What You Need to Remember: Weapons systems are increasingly becoming cyber reliant, which is why command and control networks and computer processing must be hardened to protect new ICBMs. After all, advanced connectivity can bring unprecedented advantages while also introducing some risks.

Some people may assume the Air Force’s new ground-based strategic deterrent (GBSD) is purely focused on a fast-tracked replacement of four hundred or more intercontinental (ICBMs) dispersed across vast regions of the United States, yet the effort is actually much more comprehensive and far-reaching.

“GBSD is a wholesale change, all the way from the actual missile to the silos that house missiles to the launch centers that house the missile combat crews that stay on watch 24/7, Greg Manuel, Northrop Grumman’s sector vice president and general manager, told the National Interest.

Along with designing and building the missiles themselves, prototypes of which already exist, the joint Northrop Grumman-Air Force effort includes a rebuilding of the entire ICBM infrastructure to include new launch facilities and launch centers, as well as new software and Command and Control technology. Northrop Grumman is reconstructing as many as 450 launch facilities and building the first prototype components of the ICBM, which will first fire off in 2023.

“We are well into building our first components of the actual ICBM. The GBSD program is more than just the missile but a recapitalization of the entire system,” Manuel said.

Building the entire infrastructure, which includes hardware, advanced computing and new generations of software, is critical to performance and sustainability for the weapons system for decades into the future. The Minuteman IIIs are aging. They are a 1960s technology supported by obsolete equipment. That’s why Northrop Grumman, the Air Force, and several defense industry companies have continued to work on hardening their networks and improving the reliability of their cyber systems to prevent “hacking” or “enemy intrusions” into any kind of launch protocol. The silos are important, too, as they house the weapons and would ultimately be key to propulsion.

The advanced command and control is likely to be securely integrated with “higher authorities” to shorten the timeline or notification curve between when senior decisionmakers learn of a threat and responsive weapons systems are put on alert. To achieve this goal, space connectivity must be combined with secure and fortified ground control stations capable of quickly integrating with ICBMs during a “bolt-out-of-the-blue” attack.

Weapons systems are increasingly becoming cyber reliant, which is why command and control networks and computer processing must be hardened to protect new ICBMs. After all, advanced connectivity can bring unprecedented advantages while also introducing some risks. This may be why the hardware and software infrastructure that supports the new ICBMs is essentially being rebuilt with upgradeable and secure technologies.