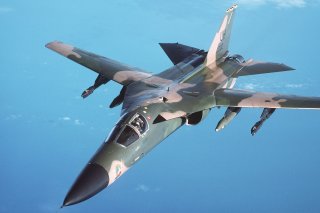 Here's What You Need To Remember: While shorter ranged aircraft are far cheaper to maintain and use, the F-111 struck a weird medium between the tactical strike aircraft and the strategic bomber. That medium allowed it to serve admirably during the Cold War, and the design should not be discounted as a weird compromise.

Charlie Gao studied political and computer science at Grinnell College and is a frequent commentator on defense and national security issues.
(This first appeared in March 2019.)