Is America's Navy Really Prepared For Naval Warfare against China? 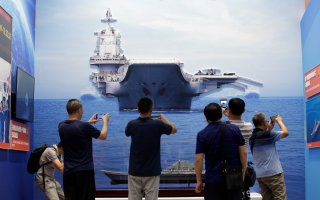