America's Pacific Bases Would Be The First To Go In A U.S.-China War 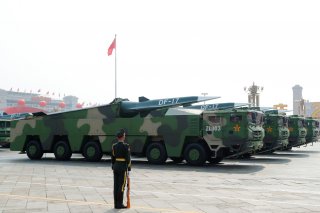 So America needs to rediscover the habit of strategic humility after being top dog for a generation. Here’s what Indo-Pacific allies need to do: help us help you. Even if island-chain defense works out, U.S. reinforcements must gain access to the Western Pacific to prevail in wartime. PLA commanders have predicated their access-denial strategy on disheartening their U.S. counterparts or convincing the U.S. administration the military effort cannot succeed at a cost the country is prepared to pay. Allies and partners should devise strategies and operations that hold down the price of access for U.S. forces—and thus make it thinkable if not easy for an American president to order them into combat.

Let’s march jointly in the Indo-Pacific.

James Holmes is J. C. Wylie Chair of Maritime Strategy at the Naval War College and coauthor of Red Star over the Pacific. The views voiced here are his alone. This article is being republished due to reader interest.