Another Stimulus Check Coming Soon? Here Are the Odds. 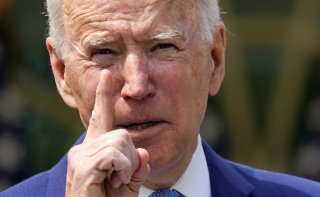 Here's What You Need To Know: Recent data released by the Department of Commerce have revealed that consumer spending in retail surged nearly 10 percent in March, which was when the Internal Revenue Service began disbursing the stimulus to eligible Americans. But since then, spending levels have been on a downward trend, registering a minus 1.3 percent last month.

What polls and surveys have proved over the past year is that the three rounds of coronavirus stimulus checks have been essential to keeping millions of Americans financially afloat.

But as the latest payments under President Joe Biden’s American Rescue Plan reach the final stages, there is already data indicating that the benefits to the U.S. economy are starting to wane.

Recent data released by the Department of Commerce have revealed that consumer spending in retail surged nearly 10 percent in March, which was when the Internal Revenue Service began disbursing the stimulus to eligible Americans. But since then, spending levels have been on a downward trend, registering a minus 1.3 percent last month.

Moreover, jobless claims unexpectedly rose last week, according to the Labor Department, despite an ongoing recovery in the U.S. employment market. The data showed that first-time filings for unemployment insurance for the week ending June 12 came in at about four hundred ten thousand, compared to three hundred seventy-five thousand the week before.

Not surprisingly, the data have once again stirred up conversations among still-struggling Americans regarding the need for a fourth or even a fifth round of stimulus checks.

Despite the lack of any concrete action in Washington, know that another round of stimulus isn’t entirely off the table. During a recent White House press briefing, Press Secretary Jen Psaki told reporters that “(the president) is happy to hear from a range of ideas on what would be most effective and what’s most important to the economy moving forward.”

And in another briefing, Psaki essentially punted the responsibility to Congress. “We’ll see what members of Congress propose, but those are not free,” she said.

Proponents of more stimulus checks have pointed to studies that indicate that the billions of dollars in government-issued payments have helped millions of Americans avoid financial ruin.

One such study was conducted by the University of Michigan, which discovered that due to the relief bills, household food shortages plummeted by 42 percent and financial instability 43 percent. In addition, the mental health of Americans markedly improved, with frequent bouts of anxiety and depression falling by more than 20 percent.

“Our analyses thus far have yielded a fairly simple story: throughout the crisis, the level of hardship faced by U.S. households can be directly linked to the federal government’s response,” the study wrote, adding that low-income households earning $25,000 or less benefitted the most from the direct cash payments.

Another report released by the Economic Security Project has suggested that more rounds of stimulus could lift twelve million Americans out of poverty.

“Evidence from the last year shows stimulus checks to be the fastest and most impactful investments helping Americans get through this crisis, lifting more people out of poverty than any other single policy,” the researchers wrote.