The AR-500 Rifle Is Nothing Short of Killer 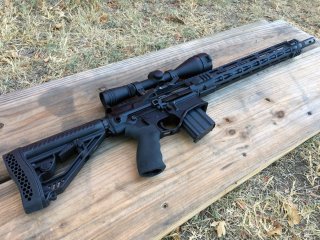 Here's What You Need to Remember: Five rounds in an AR-500 magazine may not compare favorably with the 30 rounds of an AR-15 magazine, at least initially, but it’s worth remembering the two weapons are for entirely different purposes.

Kyle Mizokami is a writer based in San Francisco who has appeared in The Diplomat, Foreign Policy, War is Boring and The Daily Beast. In 2009 he co-founded the defense and security blog Japan Security Watch. This first appeared earlier in the year.