Arab Spring: Obama Dropped the Ball - Now, All Eyes are on Biden 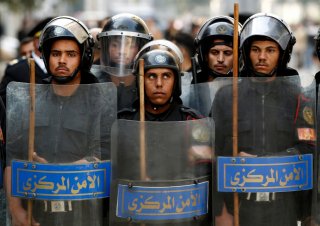 The tenth anniversary of the Arab Spring has been an opportunity for some to declare the protests a failure – not least in the face of ongoing conflict in Syria, Libya, and Yemen. Looking back on those turbulent events, it’s become fairly common for analysts to blame shortcomings in American foreign policy for this failure and the unrest still seething in many parts of the Arab world.

It would be wrong to hold America responsible for all of this. Yet we also cannot ignore the consequences of decades of US involvement in the Middle East. Nor can we overlook the way the US has effectively pulled back over the past decade in particular – refusing to get fully involved in a political crisis that it helped start.

The Arab Spring’s failure connects back to Barack Obama’s lack of action ten years ago. After the former president’s famous Cairo speech in 2009, in which he talked about a “new beginning” for US foreign policy in the region, many expected that he would help install democracy once the protests started. But this was not the case.

Blindsided and unprepared for the uprisings – and also fearful of getting bogged down in the Middle East the way the previous administration had after the War on Terror and the 2003 invasion of Iraq – Obama was cautious of anything that looked like a US project to promote democracy. Perhaps overly so. He thought he could simply let autocratic rulers – such as Bashar al-Assad in Syria – fall, and democracy would take care of itself.

Obama was wrong. Assad fought back, setting his military on the protesters. Syria descended into civil conflict as he reasserted his position.

When America did get involved, its efforts were severely limited. Obama went into Libya with Nato under the guise of humanitarian intervention, but was accused of exceeding his mandate and quickly left the situation to France and Britain to clean up. Obama would later call failure to plan for the aftermath of the Gaddafi regime the “worst mistake” of his presidency.

In Yemen, US action was less overt. While Yemen’s president, Ali Abdullah Saleh, was forced to resign in response to the uprising, Obama allowed both Saleh and forces loyal to him to continue to exert influence in the country, further fuelling the civil unpheaval. Saudi Arabia then intervened in 2015 to protect its interests against the rebellion and its Iranian backers.

Donald Trump proved no better. With no commitment to democracy in the region, Trump looked on as the autocrats continued to reassert power – and actually backed Egypt’s crackdown on dissent as well as shoring up Saudi action in Yemen through arms sales and vetoing a Congressional bill to end US support for the conflict. He also effectively abandoned Syria’s Kurds by refusing to use American troops to help protect them against Turkey.

It would be easy to say that the US should not have intervened in the Arab Spring, or that this was not Washington’s fight. The problem with these arguments is that the US was already involved – not least in terms of bolstering the very regimes the uprising sought to bring down. While Obama tried to portray the protests as none of America’s business, the US was instrumental in the history of why they happened.

But when the US did intervene, it did so only out of self-interest. This meant policies concerned with regional stability and not democracy. The US did not focus foreign policy on the core issues of the uprisings and by this neglect, effectively undermined protesters. As a nation supposedly committed to democracy as the cornerstone of its own identity, the apparent hypocrisy of this pullback reduced America’s credibility.

Intervention was half-hearted, as seen in Libya – hardly surprising then that this has not been effective. A partial response is sometimes worse than none at all.

The US has also lacked a clear foreign policy that could have supported the region better. That Washington did not see the uprisings coming says more about a wider failure to understand the Middle East than anything else. Successive administrations have repeatedly and naively gone along with policies of simply sustaining their interests in the area – to the extent that they were unprepared for a crisis or how to deal with it. As such, the US was never in a position to give real support to the region.

All this creates an interesting position for the new US president. Joe Biden recently announced an ostensibly strong vision for future foreign policy. This plan includes a commitment to the Middle East – specifically, Biden said he would deal with Saudi Arabia’s involvement in Yemen.

But for someone who was vice president when Obama stood by on the Arab Spring, it remains to be seen whether Biden will take a more proactive line. Biden is clearly assertive in his words and his commitment to democracy, but would he actually take a stronger line? Or is the Arab Spring now just a page in the history books?