Are America's B-2 Bombers and F-35s Ready For Great Power Conflict? 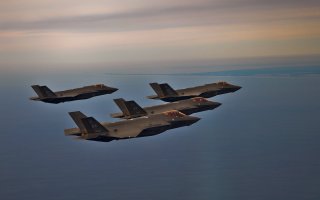 Here's What You Need to Know: Upgrades are needed to stay competitive with China and Russia.

Speaking to reporters at the 2021 Air Force Association Symposium Wilsbach made a point to emphasize a two-fold approach, meaning that defeating a new generation of SAMS presents a pressing need to sustain and upgrade current air-superiority capabilities such as the B-2, F-35 and F-22 while also accelerating a new generation of systems such as a 6th-Gen fighter and of course B-21.

The B-2 is also getting new computer processors that are 1,000-fold faster as well as upgraded weapons, as part of a clear effort to mitigate increased risk of detection presented by new air defenses. Longer-range, more precise sensors, coupled with advanced weapons, could perhaps be better positioned to attack and destroy enemy SAMS from better stand-off ranges should their locations be identified. Certainly enemy SAMS present structures detectable to EO-IR cameras and may emit a detectable RF frequency or heat signature identifiable by sensors.