Are the DC Capitol Police Over-Funded? 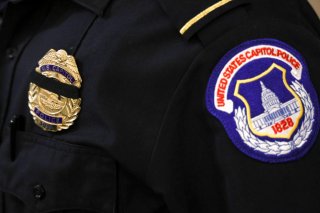 The attack on Capitol Hill yesterday was disgraceful. It was also remarkable. After all the security breaches at both the congressional complex and White House over the years, and the many large protests in the city, you would think that the Capitol Police would have been better prepared.

The Capitol Police certainly has enough funding to be prepared. The force has 2,300 officers and a $516 million budget to defend two square miles.

The chart shows that outlays for the Capitol Police have soared over the past two decades. In actual or nominal dollars, spending increased from $115 million in fiscal 2000 to an estimated $516 million in fiscal 2021. That equals an annual average growth rate of 7.4 percent, much faster than the 2.1 percent average annual inflation over the period.

The Capitol Police budget is more than the police budgets of Atlanta and Detroit. A watchdog group examined the agency’s activities in posts here and here. 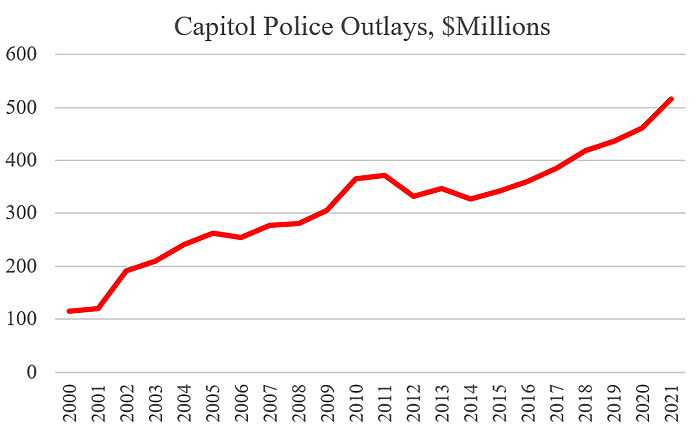 Spending data is from the federal budget here. The figure for 2021 is the estimate from last year’s budget. A conversation with David Ditch prompted this post. William Yeatman examines the agency here.