Are Monarchies Holding the Arab World Together? Or Holding It Back? 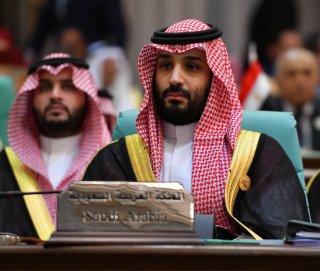 Here's What You Need to Remember: The primary advantage of a monarch in an Arab country is his role as a unifying, paternal figure in tribally or religiously fragmented countries with little else to hold them together.

Watchers of contemporary Arab politics will quickly notice one thing: the Arab monarchies—Morocco, Jordan, Saudi Arabia, Oman, the United Arab Emirates (UAE), Qatar, Bahrain and Kuwait—have proven to be the most politically resilient Arab states. Not a single monarchy fell during the Arab Spring.

Attempts elsewhere in the Arab world at democracy, military regimes and one-party states have all proven unstable and bloody in the long run. Moreover, in addition to stability, monarchies in the Arab world have been able to provide some semblance of the institutional stability and rule of law necessary for economic, and eventually social development while still being rooted in tradition. This is the golden mean between an excess of fundamentalism and an excess of Westernization.

Moreover, many former Arab monarchies were fairly popular and were overthrown only due to the determined action of small groups of military officers, inspired by the example of Egypt’s President Gamal Abdel Nasser, as was the case in Libya, Yemen and Iraq.

The primary advantage of a monarch in an Arab country is his role as a unifying, paternal figure in tribally or religiously fragmented countries with little else to hold them together. The traditional Arab ruler—whether called emir, sultan, sheikh or malik (king)—was never an absolute ruler, but remained powerful and influential through constant compromise and arbitration between numerous bickering tribal, merchant and clerical groups. Moreover, the traditional Arab ruler embodied in himself certain egalitarian features that guaranteed his legitimacy and made him attractive in the eyes of his people: for example, he was usually available to his people, and generous and magnanimous. Certainly, oil wealth has helped the rich Gulf monarchies maintain power through liberal spending on their people.

Arab rulers also traditionally consulted with their relatives, clerics and tribal leaders, which together were informal councils of oligarchs. This is still the case today in many countries such as Saudi Arabia, the UAE and Kuwait. Succession does not always pass directly from the ruler to his eldest son, so there is latitude to promote effective members of a ruling family. In other words, when following some of the traditional attributes of Arab customs, Arab monarchy has advantages over European-style monarchies, let alone republics. Many dynasties have been in power for hundreds of years and enjoy the prestige of longevity and tradition and memories of past glory that are hard to change overnight. It took a lot longer for revolutionary France to get rid of King Louis XVI (three years), the scion of a thousand years of monarchy, than Robespierre, a man who came out of nowhere to briefly rule his country.

The importance of the role of the king as a conciliatory figure is borne out in all the Arab monarchies. For example in Jordan, where Kings Hussein and Abdullah II have both balanced the country’s sedentary, often Palestinian, and Bedouin elements. In Morocco, the monarchy plays a similar role, helping Islamist and secular parties get along in the same system in a way that was impossible in post-Mubarak Egypt, where various factions tried to push their own political regimes to the exclusion of the interests of all the other factions. Unlike Morocco, Egypt had no umbrella-type institution or figure to negotiate with and temper its various political elements. Even in Bahrain, the Sunni monarchy retains a certain amount of prestige.

And in the largest and most important Arab monarchy, Saudi Arabia, from the time of that country’s founding by Ibn Saud in 1902, his family has held the country’s various regions and factions together. These include the ultraconservative central region of Nejd, relatively cosmopolitan Hijaz (where Mecca is located) and the Shia settlements of Al-Hasa in the east. Although the House of Saud’s alliance with the Wahhabi movement is partially responsible for the growth of radical Islamist movements throughout the region, ultimately it and other monarchies are the only forces with the legitimacy and ability to hold the floodgates against extreme jihadism. While the House of Saud holds to Wahhabist doctrine, it also accepts international norms such as the sovereignty of existing states and promotes education and industrialization internally. None of this would be the case if a radical Wahhabi regime, composed of some clerics and militants, actually took over. After all, the last time the Wahhabists got out of hand, when they revolted against Ibn Saud in the form of the Ikhwan movement between 1927–30 and raided into Iraq and Jordan, it was Ibn Saud himself who destroyed them after confirming the loyalty of Arabia’s various tribes.

Other forms of government in the Arab world, even when they demonstrate some elements of monarchy, such as the succession of Bashar al-Assad to the presidency of his father Hafez al-Assad, do not demonstrate these advantages. Regimes in Syria, Iraq and Egypt were built on narrow institutional (the Baath Party or the military) and sectarian (Alawites in Syria and Sunnis in Iraq) bases and were usually more brutal than Arab monarchies, being based on dominance and terror. It is no surprise that in the aftermath of the violent overthrow of such regimes, without any conciliating elements, countries like Egypt, Iraq, Libya and Yemen will be doomed to cycles of violence perpetrated by groups whose visions of the future can hardly be reconciled. Like France after the French Revolution and China after the fall of the Qing Dynasty, the lack of a unifying dynasty and the continued illegitimacy of various political regimes in countries with few other national institutions will go together.

On the other hand the Arab monarchies, while not perfect, are able to move forward, as they can balance the forces of liberalism, political Islam and development and allow their people to move beyond a focus on security and political stability, to things such as education and economic development. Reforms can proceed in a measured way because of the longevity and political stability provided by the institution of the monarchy. Monarchical Dubai has emerged as the region’s financial and geographic hub ahead of politically chaotic Beirut and Cairo.

Given the nexus between stability, legitimacy and monarchy in the Arab world, it is not in the interests of the United States and other Western nations to take up any sort of policy that would destabilize existing monarchies, which could potentially lead to disaster. For ideological and policy reasons, it is unlikely that the United States would assist in the restoration of a previously extant monarchy, for example in Libya, but certainly it ought to do nothing to hinder a monarchical restoration. Libya and Yemen are both countries that could do well to restore their previously extant monarchies, and monarchical sentiment is particularly strong in Libya.

While many in both the Arab world and the West feel that such a move may be anachronistic, it is not unprecedented; Cambodia restored its monarchy after the fall of the Khmer Rouge. Moreover, different conditions prevail and different times in different regions, and it would be appropriate for a traditional, stabilizing and unifying force returned to otherwise divided and chaotic countries. Perhaps monarchy can even help assuage some of the problems stemming from the region’s fraught borders, with Syria eventually coming under the control of the Hashemite dynasty, which still rules in Jordan, a promise made by the British during World War I that was never fulfilled.

The Arab world has a long way to go on many fronts. But if it had more kings, perhaps its journey forward would be much more pleasant.