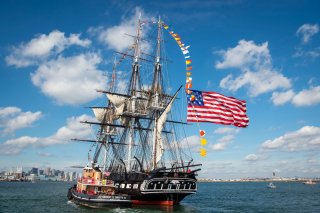 Here's What You Need to Remember: Lastly, it could be that navies as we currently know them stand at the cusp of obsolescence, but that necessity will squeeze navies into some radically different shape. The coming transformation could prove even more fundamental than the nineteenth-century changeover from sail to steam, wooden hulls to steel, and smoothbore cannon to naval rifles.

Any one of these anomalies would call into question whether fleets built around the same basic platforms that fought World War II—carriers, cruisers, and destroyers, amphibious transports, subs—have a future in a world bristling with extended-reach missiles, unmanned vehicles of all types, and artificial intelligence. Combined, anomalies between the new normal and the old paradigm spell trouble.