Are Social Security Benefits Enough to Live on? 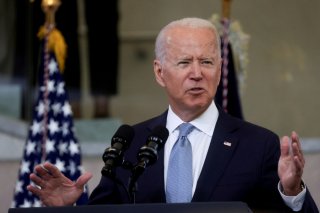 Here's What You Need to Remember: “Yes, you can live on Social Security, if staying alive is the goal. But those who do live largely or entirely on Social Security will face downward mobility in retirement—a reality that an expected 40 percent of older workers now face.”

In order to gauge whether one can live comfortably on Social Security benefits alone, let’s take a look at how much money individuals can actually receive once they become eligible.

Keep in mind that qualifying for Social Security benefits at age sixty-two requires ten years of work or forty work credits. For individuals at full retirement age—which is currently sixty-six and two months (full retirement age will gradually rise to sixty-seven over the next several years)—the maximum benefit amount is $3,113. For those who decide to collect at age sixty-two, the maximum amount will only be $2,324.

As for the absolute maximum benefits from Social Security, the total amount is $3,895—but one must wait until age seventy to file.

Of course, everyone’s lifestyle is a bit different, and that will largely dictate how much money will be needed in retirement. But the one clear fact is that if one needs more cash in their golden years, delay filing for Social Security as long as possible would make great financial sense.

According to AARP, a U.S.-based interest group focusing on issues affecting those over the age of fifty, “your monthly payment will be 76 percent higher if you wait to start benefits at seventy rather than sixty-two, the earliest possible age.”

Getting rid of debt and moving to a less expensive locale might also be a good idea.

“If you are going to live mostly on Social Security, getting rid of high-interest-rate consumer debt, such as with credit cards, is something you should do before quitting your job. For those already retired with credit card debt, at least make sure you’re not adding to it,” the organization continues.

“Downsizing to a smaller place can lower your expenses, but it may not be a significant savings if you still reside in an area with a high cost of living. Consider moving to a place where you can live on much less without any impact on your standard of living.”

Teresa Ghilarducci, an economics professor focusing on retirement security and jobs, wrote in Forbes that “those who do depend on Social Security, each passing year means doing more with less.”

She added: “Yes, you can live on Social Security, if staying alive is the goal. But those who do live largely or entirely on Social Security will face downward mobility in retirement—a reality that an expected 40 percent of older workers now face.”