Are Some U.S. States Really Headed for a Budget Disaster? 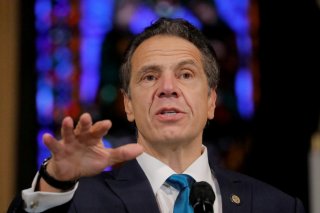 Media reports since the pandemic began have claimed that state and local governments are in a “dire fiscal crisis” and face “the biggest cash crisis since the Great Depression.” Such claims are exaggerated. State‐​local tax revenues dipped in the second quarter of 2020 but bounced back strongly in the third quarter.

The National Association of State Budget Officers released a budget update in December. Across the 50 states, general fund spending rose 4.0 percent 2020 and is expected to dip 1.1 percent in 2021. The chart below shows that the dip comes after 10 years of robust spending growth. (These are state fiscal years).

Most states are having to tighten their belts, which is not a bad thing. A course correction is needed, but there is no broad‐​based “state fiscal crisis.” Most states still have cash in their rainy day funds, and money is still flowing into their coffers from past federal aid packages.

A few states face challenges from down energy and vacation markets, while others are suffering from self‐​inflicted wounds. New York, for example, suffers from vastly bloated government, aggressive shutdowns, and a hostile atmosphere for economic and personal freedom that is causing an exodus of residents. New York also saved relatively little in its rainy day fund during the boom years (p. 93). Further federal bailouts will encourage the sort of dreadful policymaking we see in states such as New York.

Meanwhile, local government budgets across the nation are generally doing fine because housing prices are rising and property taxes account for 70 percent of local tax revenues. For major U.S. cities, housing prices in November were up a remarkable 9.5 percent on the year. So media headlines such as “The Recession Is About to Slam Cities” are hard to believe. 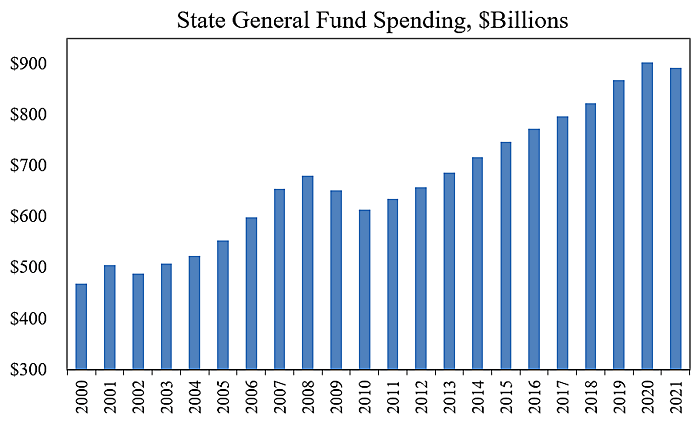