Are Telecom Companies Pursuing Protectionism in the Name of Competition? 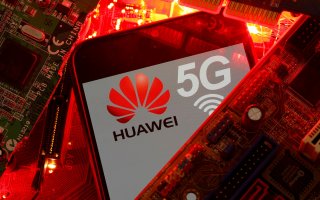 Since the US and other governments have effectively banned the use of Chinese (read Huawei, but also ZTE) equipment from future mobile communications networks, support for open radio access network (O-RAN) architecture has risen dramatically. The Federal Communications Commission (FCC) held a lengthy webinar on the subject in September, and the European Commission is conducting a study on 5G supply markets that will necessarily take O-RAN into account.

O-RAN is an industry concept (not a technology itself) that proposes an alternative way of designing and building the RAN portion of a mobile network.

The RAN is the final part of a mobile network that links to the phone itself. It’s the visible part that includes the antennae on towers and buildings that transmit and receive messages from mobile devices, and the base station that digitizes the signal and connects it to the core network (Core). The Core provides access controls that ensure users are authenticated for the services they are using, routes telephone calls over the public-switched telephone network, enables operators to charge for calls and data use, and connects users to the rest of the world via the internet. It also controls the network by making handovers happen as a user moves from coverage provided by one RAN tower to another.

Mobile network operators have long purchased both Core and RAN equipment from a single vendor. This has enabled providers such as Nokia, Ericsson, Samsung, and Huawei to build sophisticated, efficient, high-performing systems with end-to-end accountability combining both hardware and software to manage mobile data transmissions. However, removing Huawei and ZTE from contention for security reasons has led to an apparent reduction in supply competition that could ultimately prove costly for consumers as the remaining operators could increase prices and/or slow the rate of innovation in components.

O-RAN leverages recent developments allowing the disaggregation of hardware and software components that enables operators to combine components from different vendors. Groups like the O-RAN Alliance formed by the US tech industry, the C-RAN Alliance of mostly Chinese telecom operators, and the Telecom Infra Project (TIP) OpenRAN Project led by Facebook have developed standards, protocols, and interfaces that allow for interoperability between components.

Furthermore, established operators are not averse to the concept. Nokia, for example, was the first major vendor to join the O-RAN Alliance and touted the benefits of cooperation between policymakers, operators, and equipment providers.

The purported benefits have led to calls for governments and regulators in countries where Chinese vendors have been blacklisted to — at the very least — mandate O-RAN for all forthcoming 5G network builds. This mirrors earlier regulations requiring fixed-line network operators with market power (particularly in Europe) to “unbundle” and resell elements of their networks to rivals to stimulate greater competition among service providers.

At the FCC’s September event, some calls went even further — suggesting that governments should “put their money where their mouth is” and have “taxpayer dollars required to be part of an Open RAN-compliant network, to start this cycle going.” The FCC’s position, though, articulated by Commissioner Michael O’Rielly, was for O-RAN to be done without technological mandates from the US government: “It has been proven time and time again, but bears repeating here, the FCC and other government entities lack the capabilities and requisite knowledge to impose specific network design requirements or other such directives on the private sector.”

Furthermore, it is unclear that calls for government intervention are motivated solely by competition concerns. In an increasingly nationalistic geopolitical environment, there is significant advocacy for the gap left by Chinese firms to be filled by local firms funded in research and development of O-RAN-compliant components by COVID-19 stimulus cash. This would be further streamlined if governments and regulators — rather than network operators and the private sector — took the lead in network architecture design by mandating O-RAN.

Back to the future?

Ironically, this leads to a “back to the future” vision of telecom industries from last century when a plethora of localized rules, subsidies, and legacy preferences led to a large number of firms with geographically specific markets (many due to government leg-ups) — few of which survived the realities of international competition. Who remembers Alcatel, Lucent, Nortel, GEC, Plessey, and NTC now?

There is surely merit in the concept of O-RAN, but how open and diverse the market turns out to be in the long run is up for debate. Governments should be warned that interventions may not turn out quite as expected.