Are the United States and China ‘Destined’ for War? 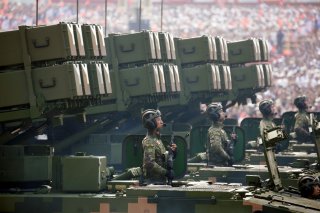 Here’s What You Need to Remember: If rivals see their courses as preordained and Thucydides’ supposed trap as inescapable, both will gird for what they regard as inevitable. If they believe they enjoy some say-so over the workings of destiny, then they might find some way to navigate their differences. And if one contender accepts the logic of the Thucydides Trap while the other rejects it, watch out: strategic competition could take on a seesaw character as action begets misperception begets reaction, and on and on.

A 2018 panel at the U.S. Naval Academy at Annapolis asked whether—as Professor Graham Allison’s book contends—China and the United States are “destined” for war. Indeed, Professor Allison numbered among the panelists who discussed the new China challenge.