Are U.S. Stealth Fighters the UFOs We Keep Seeing? 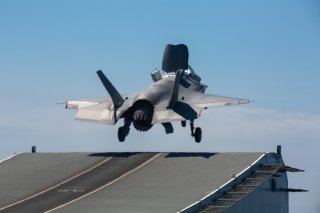 This new Navy tech aims to use lasers to fool air defense systems and missiles into thinking they see multiple aircraft or even a UAP for that matter–but the plan wasn’t to trick the world into thinking they were being visited by aliens.

America uses stealth technology not just to avoid detection, but to avoid being shot down after they’ve been detected. A recent patent filed by the U.S. Navy meant to increase the survivability of stealth aircraft might do just that, but if the system works the way it’s supposed to, it could just as easily be used to project images into the sky that would and act a whole lot like the strange crafts depicted in UAP footage released by the U.S. military in recent years.

How can Navy tech be responsible for UAP sightings?

When talking military aviation, it’s not uncommon for many to think of “stealth” as a singular technology utilized to help advanced aircraft defeat detection. The truth, of course, is a lot more complicated than that. Stealth might be more accurately described as an approach to warfare, rather than a specific piece of gear. In order to leverage a stealth aircraft effectively, pains must be taken to limit the platform’s radar cross-section (from multiple angles), its infrared detectability (the amount of heat it releases), and to create a mission flight plan that keeps the aircraft operating to its advantage, rather than its detriment.

The truth is, many of America’s most advanced stealth aircraft aren’t actually invisible to radar detection at all. The intent behind stealth isn’t truly to go entirely unnoticed in many instances, but instead, to prevent an opponent from being able to effectively engage and shoot down your aircraft. To that end, even “stealth” platforms like the F-22 Raptor can actually be spotted on radar using lower frequency bands. Radar systems leveraged in this way can spot sneaky intruders, but they’re not good for establishing a weapon’s grade lock on anything. In other words, lower-frequency radar bands can be used to see stealth planes coming, but can’t be used to shoot them down.

However, coupling these sorts of radar systems with other forms of air defenses can make for a real threat for stealth aircraft. “Heat-seeking” missiles, which have been around since the 1950s and don’t rely on radar to engage targets effectively sniff out encroaching aircraft by following the infrared signature of the super-heated exhaust exiting the back of the jet. While design elements have been incorporated into stealth aircraft aimed at mitigating these infrared signatures, only so much can be done to hide the heat released by the chemical explosions we use to propel our combat aircraft.

So, even if America’s stealth planes were completely invisible to radar (which they aren’t), they still need to worry about infrared-driven missiles fired in their general direction either as a result of visual detection or low-band radar systems. Pilots go to great lengths to plan out their sorties prior to getting airborne to leverage their stealth aircraft most effectively. Limiting exposure to advanced air defense systems, operating at night to avoid visual detection, and employing strategies regarding altitude and angle of attack all play a role in maintaining a “stealth” profile.

In the event a “heat-seeking” missile does find its way onto the trail of a stealth fighter like the F-22, the aircraft has the ability to deploy flares in an attempt to confuse the infrared-led ordnance. But flares offer an extremely limited form of protection in heavily contested airspace. Because of this, the general rule of thumb on combat sorties is simple: try to avoid situations where the enemy can lob missiles at you, and your chances of success increase dramatically.

However, in a large scale conflict against a technologically capable foe like China or (to a lesser extent) Russia, America’s stealth aircraft would face challenges unlike any they have in modern warfare, as our fleets of sneaky fighters and bombers came up against some of the most advanced air defense systems currently employed anywhere on the planet. In such a war, losses would be all but certain, and while America may employ more stealth aircraft than any other nation, our total numbers remain in the hundreds. So each stealth aircraft lost would truly be felt.

But new technology under patent by the U.S. Navy could shift the odds even further into the favor of stealth aircraft: leveraging lasers to produce plasma bursts that could trick inbound missiles into thinking they’ve found a jet to chase that would actually be little more than a hologram.

This technology has already been used to create laser-plasma balls that can transmit human speech. I’m going to be honest with you here, that sentence is as hard to wrap my head around as the writer as it probably is for you to grasp as a reader. Talking plasma balls?

Here’s a video from our friends at Military Times running down this cutting edge plasma technology:

Other applications for this laser system include use as a non-lethal weapon and even as a continuous flashbang grenade that could keep opponents in an area disoriented and unable to respond.

So, how does the Navy intend to leverage this sort of technology to make stealth aircraft even harder to hit? According to their patent, the laser system could be installed on the tail of an aircraft, and upon detection of an inbound missile, could literally project an infrared signature that would be comparable to a moving fighter jet’s exhaust out away from the fighter itself. Multiple systems could literally project multiple aircraft, leaving inbound missiles to go after the decoy plasma “fighters” instead of the actual aircraft itself.

These “laser-induced plasma filaments,” as researchers call them, can be projected up to hundreds of meters, depending on the laser system employed, and (here’s the part that’ll really blow your mind) can be used to emit any wavelength of light. That means these systems could effectively display infrared to fool inbound heat-seeking missiles, ultraviolet, or even visible light. Of course, it’s unlikely that the system could be used to mimic the visual cues of an actual aircraft, but it is possible to produce visible barriers between the weapon operator and the stealth aircraft emitting the laser. That IR Target signature could feasibly appear to be a UAP to an uninformed observer. (Image courtesy of the US Patent Office)

This system could be deployed instantly, reused throughout a mission, and can stay at a desired altitude or location in mid-air; all things flares can’t do. With enough aircraft equipped with these systems (or enough systems equipped on a single aircraft) this method could be used to do far more than just protect jets. In the future, this approach could become a part of a missile defense system employed by Navy ships, carrier strike groups, or even entire cities.

“If you have a very short pulse you can generate a filament, and in the air that can propagate for hundreds of meters, and maybe with the next generation of lasers you could produce a filament of even a mile,” Alexandru Hening, a lead researcher on the patent, told IT magazine in 2017.

It’s likely that we won’t see this technology lighting up the airspace over combat zones any time soon, as there may well be years of research and development left before it finds its way into operational use. However, some have already begun scratching their heads regarding what it appears these laser-induced plasma filaments can do, and how that could explain the unusual behavior recorded in recently acknowledged Navy footage of unidentified aircraft being tracked on FLIR cameras by F/A-18 Super Hornet pilots. 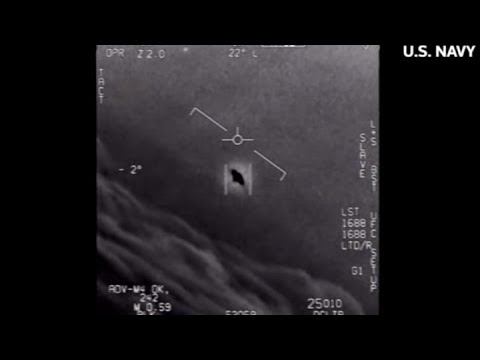 It seems feasible that this technology could be used to fake just such a UFO or UAP sighting… but then, the earliest of these videos was produced in 2004, which would suggest far more advanced laser systems than the United States currently maintains were already in use some 17 years ago.

Could lasers have been used to fake UAP sightings? It seems feasible, but for now, the military’s focus seems set squarely on defensive applications for the patent.