Argentina Wielded These French Planes in the Falkland War 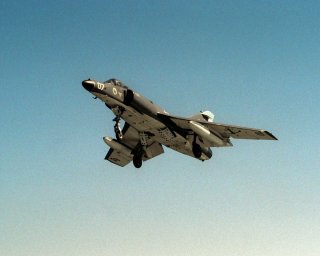 Here’s What You Need to Remember: The Argentine pilots released their missiles and then belted for home, convinced the attack had failed because they had not seen the solid-propellant rockets on the Exocets ignite. In fact, they simply had a delayed ignition cycle.