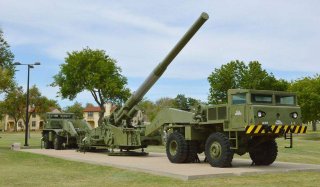 Key point: The Army also is working with the Navy to develop a common hypersonic glide vehicle, which would launch atop a rocket then travel 1,400 miles or farther at a top speed exceeding Mach 5.

David Axe served as a defense editor for the National Interest. He is the author of the graphic novels  War Fix, War Is Boring and Machete Squad. This article first first published in 2020.