The Army Canceled One of Its Most Important Modernization Projects 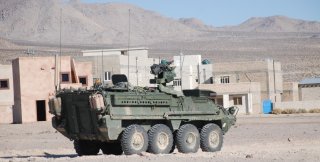 Here's what you need to remember: Dr. Bruce Jette, canceled one of the Army's most important modernization programs, the competition to build the Optionally-Manned Fighting Vehicle (OMFV). This decision must be seen as something of a blow for the newly established Army Futures Command (AFC) and for the Army's broader effort to streamline and speed up its ponderous acquisition system.

The immediate reason for Dr. Jette’s decision to halt the OMFV effort was that only one company, General Dynamics Land Systems, had submitted a proposal and the required sample vehicle. A second competitor, a team of Raytheon and Rheinmetall, had failed to meet the Army’s deadline for delivery of its prototype vehicle. But in what perhaps should have been seen as a portent of what was to come, a number of major armored vehicle manufacturers had chosen not to participate, apparently concerned about the interplay between the program’s aggressive schedule and complex requirements. Dr. Jette acknowledgedthis dilemma in announcing his decision:

This article first appeared at RealClearDefense on February 19, 2020 and is being reprinted due to reader interst.