The Army is Interested in an Electric, Unmanned Combat Vehicle 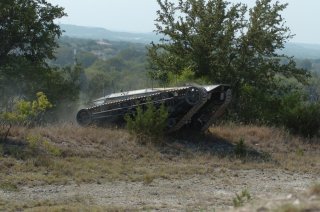 Here's What You Need to Remember: Change is coming for ground troops, and if the technical hurdles inherent to all-electric vehicle technology—namely range and recharge times—can be overcome, robot combat vehicles could become the silent killers of the future.