The Army Isn't A Fan Of Tank Destroyers, But They Helped Win World War II 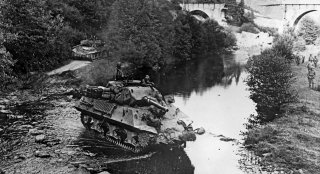 The ultra-lightly-armored M18, with its unexceptional gun, had the bestratio of kills to losses for any vehicle type in the Army!

This article originally appeared at War is Boring in 2016 and is being republished due to reader interest.