The Army Was Looking For a Compact Submarine Gun. Did Sig Sauer Go Too Far? 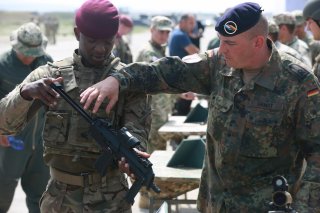 Key point: The gun was designed to provide security details with a compact submarine guns, but it might have gone too far.

Charlie Gao studied Political and Computer Science at Grinnell College and is a frequent commentator on defense and national security issues. This first appeared several weeks ago.