Asia's Stalingrad: World War II's Battle For Shanghai Was A Hell Like No Other 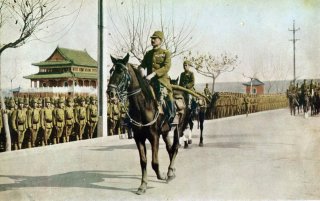 Here's What You Need to Remember: Unlike the Stalingrad battle, the Battle of Shanghai took place under the eyes of numerous Westerners who could bear witness to the slaughter. “It was as though Verdun had happened on the Seine, in full view of a Right Bank Paris that was neutral; as though a Gettysburg were fought in Harlem, while the rest of Manhattan remained a non-belligerent observer,” American journalist Edgar Snow wrote.

This piece first appeared in WarIsBoring here. This piece was originally featured in May 2016 and is being republished due to reader's interest.