Ask a Marine: Here’s Why the M27 Rifle Rocks 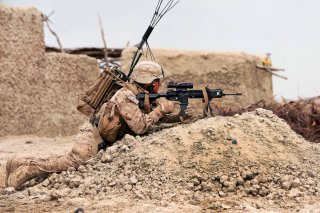 Here's What You Need to Remember: The USMC has recorded years of anecdotal evidence that suggest Marines have extremely high confidence in their issued M27 IAR and actively seek to retain the weapon for as long as they can.  The USMC is a “people business” and until we replace Marines with robots with AI, personal confidence is an important factor which contributes to the will of a Marine to fight and to believe his leaders are competent and care for him/her.