The B-21 Raider Is On The Market. Who Is Buying? 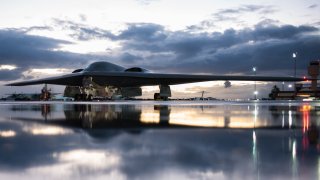