The B-25G Was America's First "Gunship" 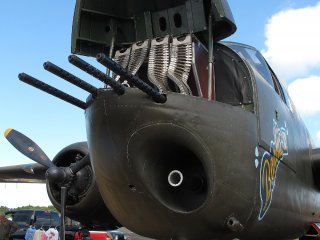 Here's What You Need To Remember: The 'gunship' had one purpose - to shred Japanese shipping in the Pacific. Through careful trial and error on weapons use, the gunships became very, very good at this.

Sébastien Roblin holds a Master’s Degree in Conflict Resolution from Georgetown University and served as a university instructor for the Peace Corps in China. He has also worked in education, editing, and refugee resettlement in France and the United States. This article first appeared in January 2020.