Bad, Bad News: Why Your Unemployment Benefits are Being Taxed 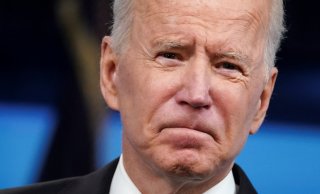 Here's What You Need to Remember: It is within Congress’s power to retroactively decide that some jobless benefits should be tax-free; by the time the American Rescue Plan Act passed in March, unemployment benefits had already been ostensibly taxed for eleven months.

Most Americans struggling financially during the pandemic have more important things to worry about than next year’s taxes. Topics for concern are the third stimulus check, which 10 percent of families still have not received; the increased Child Tax Credit payments, being mailed out starting on July 15; or their tax refunds, due to arrive within the next few weeks following the 2020 tax return deadline of May 17.

However, there is another problem that many of these families face – they might not have enough money withheld throughout this year to cover any taxes owed in 2022.

For most people, this will not be a problem; careful budgeting should allow them to pay their taxes without incident. However, 2020 has been an unusual year, and trying to figure out what needs to be considered for taxes and what does not can be a minefield.

For example, your stimulus checks are not considered taxable income by the IRS. However, all unemployment benefits – benefits that millions of Americans have used in response from the pandemic – are taxable. To make things more confusing, taxes are not automatically withheld from these benefits. While in principle this means that Americans can use the money immediately and not worry about taxes until next April – effectively making the lack of taxation an interest-free loan – it also means that, if you are not paying attention to your taxes, you could get hit with a massive unexpected bill when April comes around.

Well-meaning efforts to resolve this and other problems on Capitol Hill have been somewhat helpful, but in many cases have also deepened the confusion. For instance, as part of the American Rescue Plan Act, it was decided that up to $10,200 in unemployment benefits per person – or up to $20,400 for spouses, if both received $10,200 or more – could be excluded from taxation. While this rule was extremely helpful, it only applied to benefits received prior to May 2021. This means that, when it comes time to pay taxes in April 2022, if you received unemployment benefits this year, you’re back on the hook for their taxes. Yikes.

It is within Congress’s power to retroactively decide that some jobless benefits should be tax-free; by the time the American Rescue Plan Act passed in March, unemployment benefits had already been ostensibly taxed for eleven months. However, on the off-chance that Congress does not repeat the tax exclusions in 2022, and you’re worried you won’t set aside enough money to pay your taxes then, you can call your state’s tax agency and ask if they can automatically tax your benefits. As before, it means less money immediately, but it could save you a massive headache down the road.