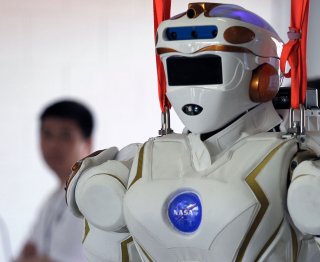 But declining US science investment is hardly a new phenomenon, though it may suddenly be more of an issue because of the coronavirus pandemic. As the GS report notes, “The United States successfully first landed astronauts on the moon in 1969. With less urgency in the space race, federal R&D spending gradually decreased over the next two decades to about 4.6% of the federal budget, and stayed at around this level until the 2008 Global Financial Crisis and Great Recession.” And here’s where we are today: “In FY 2019, federal R&D spending equaled 0.6% of US GDP and 2.8% of total federal outlays, the lowest in over 60 years.”

Granted, business does a lot more R&D than it used to. So much so that it is now the primary source of overall research spending, comprising 69.7 percent in 2017 compared to 32.3 percent in 1965. The problem is that not all research is the same. Goldman: “The majority of federal R&D funding is used to conduct research, including basic research that focuses on the advancement of knowledge, and applied research that focuses on solving specific practical problems. In contrast, R&D spending in the private sector tends to focus on the development of specific products and processes.” Fun fact: Over the past two decades, roughly half of all federal research funding was for life science, 80 percent of which was appropriated to the National Institutes of Health, according to the bank.

Another way to think of basic research is as “curiosity research,” the technological ripples of which are unknowable. As Anthony Mills and Mark Mills note in a recent The New Atlantis piece about World War II and American R&D: “The bomb, radar, and the computer — to focus on only three of many examples — were made possible by a web of theoretical and technical developments that not only predated the war by years or decades but that also originated for the most part outside the scope of goal-directed research, whether government-sponsored or otherwise. The scientific insights that enabled the technological breakthroughs associated with World War II emerged not from practical goals but from curiosity-driven inquiry, in which serendipity sometimes played a decisive role.”

One modest proposal, from economists Jonathan Gruber and Simon Johnson, is to take federal research spending back up to 1980s levels, or a doubling as a share of GDP. About a $100 billion a year. GS doesn’t make any recommendations, but the data argue for action of some sort — even before the pandemic and arguably more so now.

This article by James Pethokoukis first appeared in 2020  on the AEI Ideas blog.